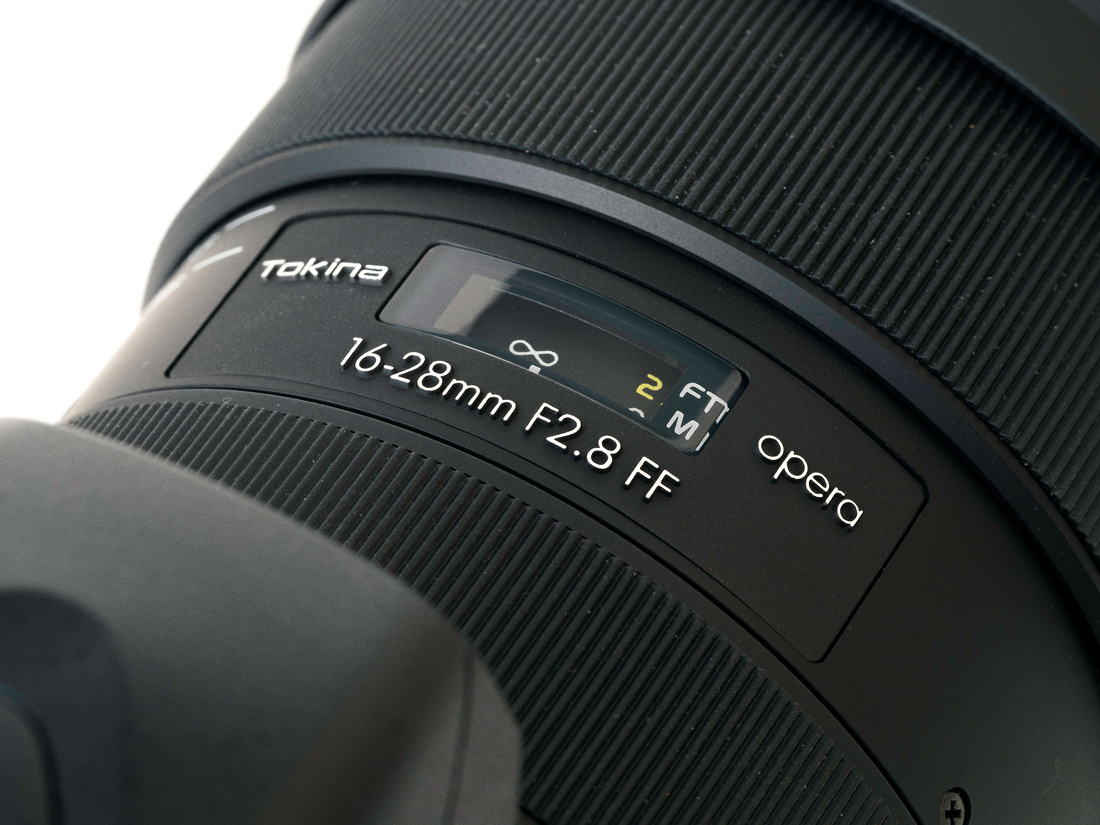 When Tokina set out to make a new 16-28mm f/2.8 lens for the opera series they reconsidered all aspects of the lens to improve performance.

Tokina’s second introduction in the high-resolution opera series is a new full frame 16-28mm f/2.8 super-wide angle zoom lens with refined optics, but how refined is it? Here are my first impressions of the new lens. 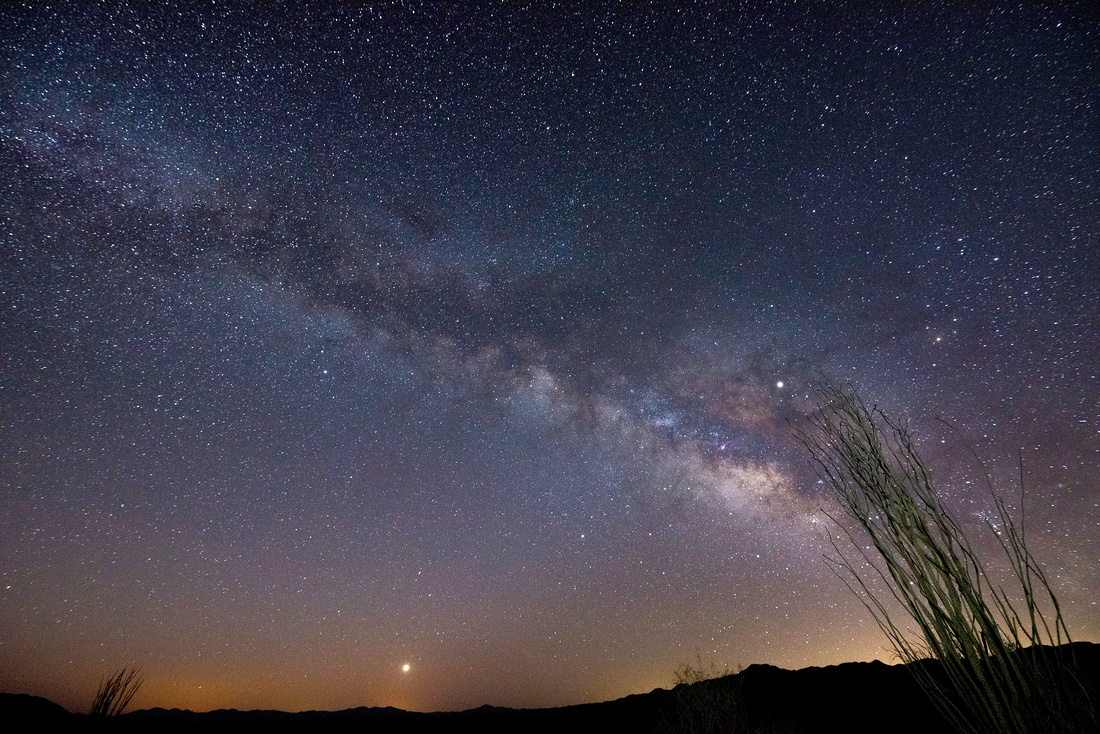 A word about the Tokina opera Series

Tokina’s opera series of full frame DSLR lenses are designed to meet or exceed 50 megapixel resolution. Currently Canon and Nikon have 45-50 mega-pixel sensors but these two camera manufactures are locked in a seemingly never ending bragging rights war for the highest resolution.  Now wether or not you or anyone actually needs these high-res sensors is a topic for another blog post all-together. But it’s almost assured that within two years full frame sensors will hit 60+ megapixels. Even now anyone who has stepped up from a 20-24 megapixel body to a Canon 5DS or Nikon D850 found out really quick that some of their old favorite glass was actually not that sharp even if it yields a nice look. The Tokina opera series lenses are designed to be a future-proofed by exceeding today’s sensors knowing full well even higher resolution sensors are coming.

Tokina’s professional lenses have always had a very robust build quality because they use more metal in their lens construction than a lot of other lens manufacturers and the opera 16-28mm lens is no exception.  There is a lot of metal and glass in this lens making a feel weighty  at 940 grams (33.2 oz.) when you pick it up but it balances very well on the heavy full frame camera bodies it was designed for. The heft of the lens combined with the black semi-mat finish gives the lens an earned quality feel. 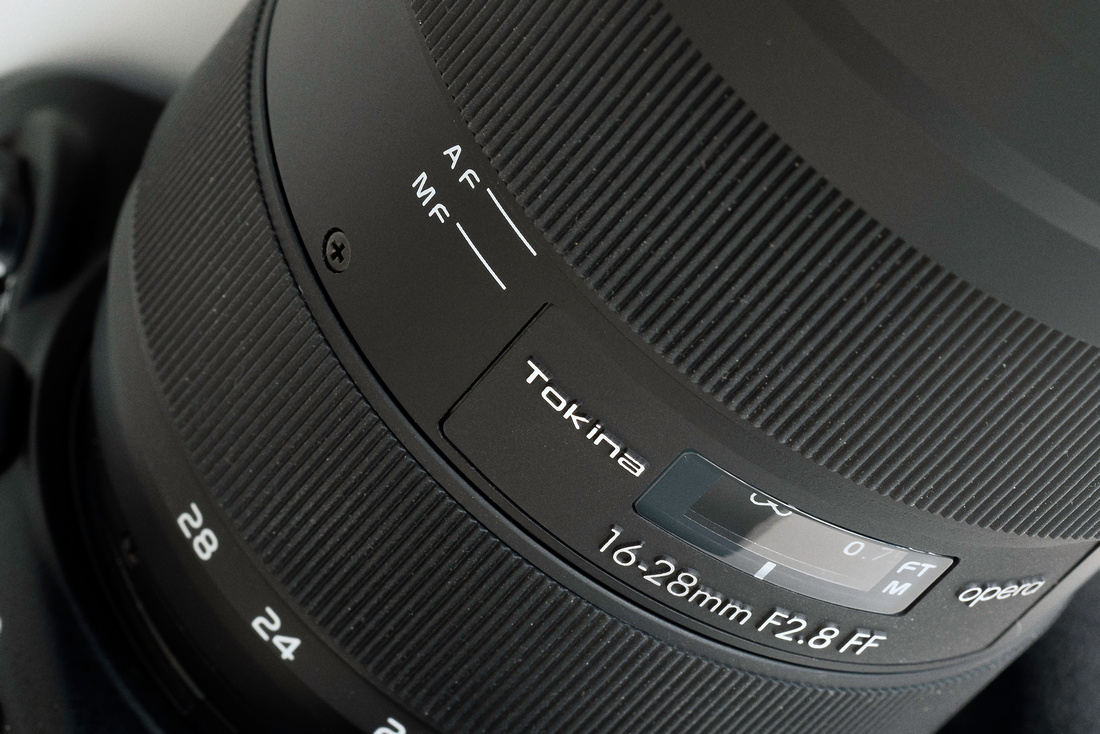 Anyone familiar with Tokina lenses knows of their One-Touch Focus Clutch for switching between Auto Focus and Manual Focus and the 16-28mm lens maintains this tradition.  To switch between AF and MF you pull the large focusing ring back towards the lens mount.  Then to auto focus again push the focusing ring forward into the AF position.   It’s a simple process that quickly becomes second nature as you are shooting. 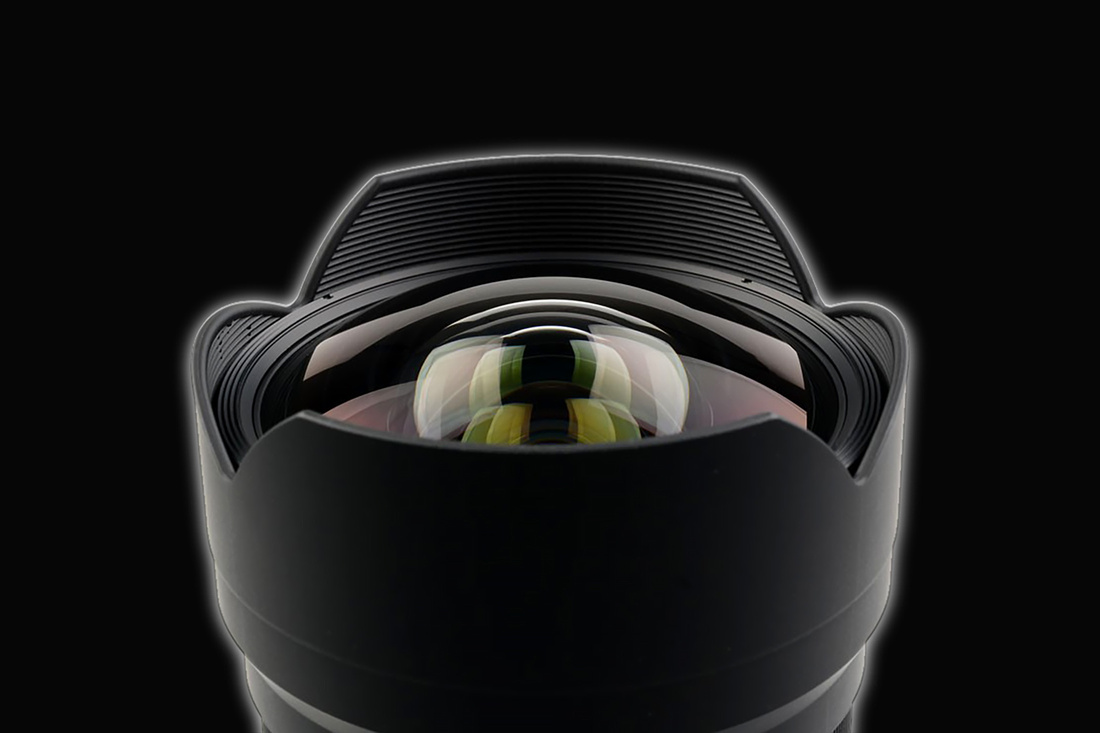 Due to its very large curved front element the lens has a built in lens hood to help control stray light and to protect the most expensive part of the lens, the first element group. The only down-side to this is that there is no way to mount a filter not this lens but I haven’t ever found that to be an issue with super-wides. Some may consider this a down side but a large curved front element is necessary for low distortion and minimal light fall-off at the edges as well as superior color rendering.  When shooting in Joshua Tree National Park with the lens the skies were a nice deep blue without a circular polarizer.

Another note, you don’t want to use a circular polarizer with super-wide angle lenses due to uneven polarization.  The sky in one area of the photos usually one side, will be much darker than the other side of the image creating an odd artificial look. (Above: The lens has excellent color rendering yielding a nice blue sky even without a circular polarizer)

The auto focus system in the opera 16-28mm uses a nw GMR magnetic AF sensor coupled to a nearly silent DC micro motor to move smaller elements within the lens for quick and smooth auto-focus.  The lens focuses quickly and accurately.  Super-wide FF lenses are not known to be the fastest focusing from any manufacturer but the opera lens focus speed is fast enough. So far while shooting with the lens there hasn’t been an instance where I didn’t feel the lens was focusing fast enough. 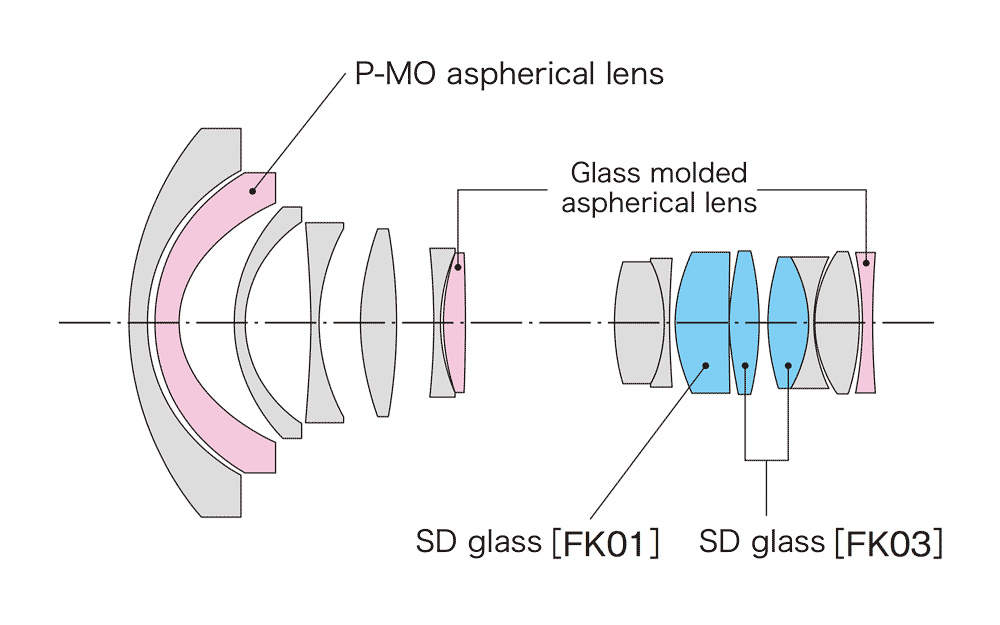 Now on to what everyone really want to know about, how does it perform.  Tokina spent a lot of time and energy reviewing the optical design making refinements and improvements in the optical coatings throughout the lens. 3 aspherical elements and 3 elements of SD (Super-low Dispersion) glass are included to control and correct for astigmatism, chromatic aberrations and improve over-all optical performance. The lens has 15 individual lens elements arranged in 13 groups throughout the lens.  That’s a lot of glass, 30 surfaces to account for in total so anti-reflective multi-coating throughout the lens to reduce internal reflections. 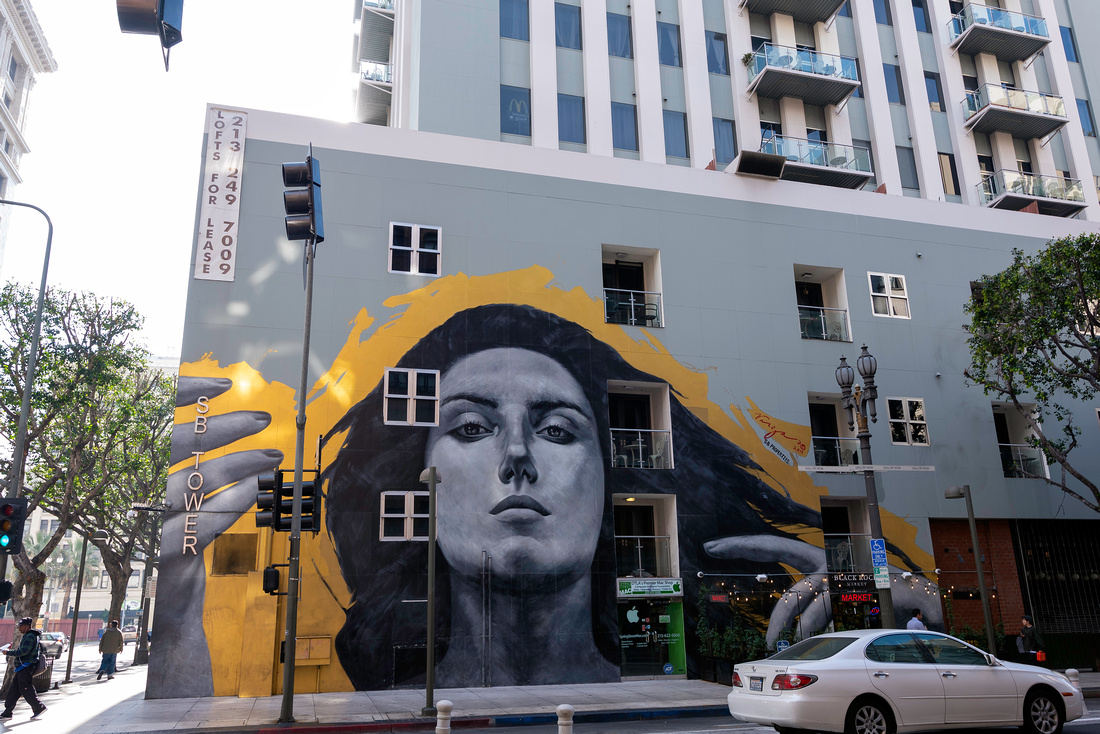 (Downtown photo of the mural on the SB Tower, The lens hands high-contrast situations very well. I took this back-lit shot expecting a lot of chromatic aberrations in the trees in the upper left of the photo and along the backlit edges of the buildings.  Surprisingly there was very little CA and what was there was easily eliminated in Adobe Lightroom.)

What I noticed from in my first outing with the lens on the streets of downtown LA was that chromatic aberrations were very well controlled. Even in very high contrast and back-lit situations where a lot of super-wide lens have very distinct purple fringing the opera 16-28mm had less than I was expecting and completely eliminating it in adobe Lightroom was as easy as checking the “Remove Chromatic Aberrations” box. 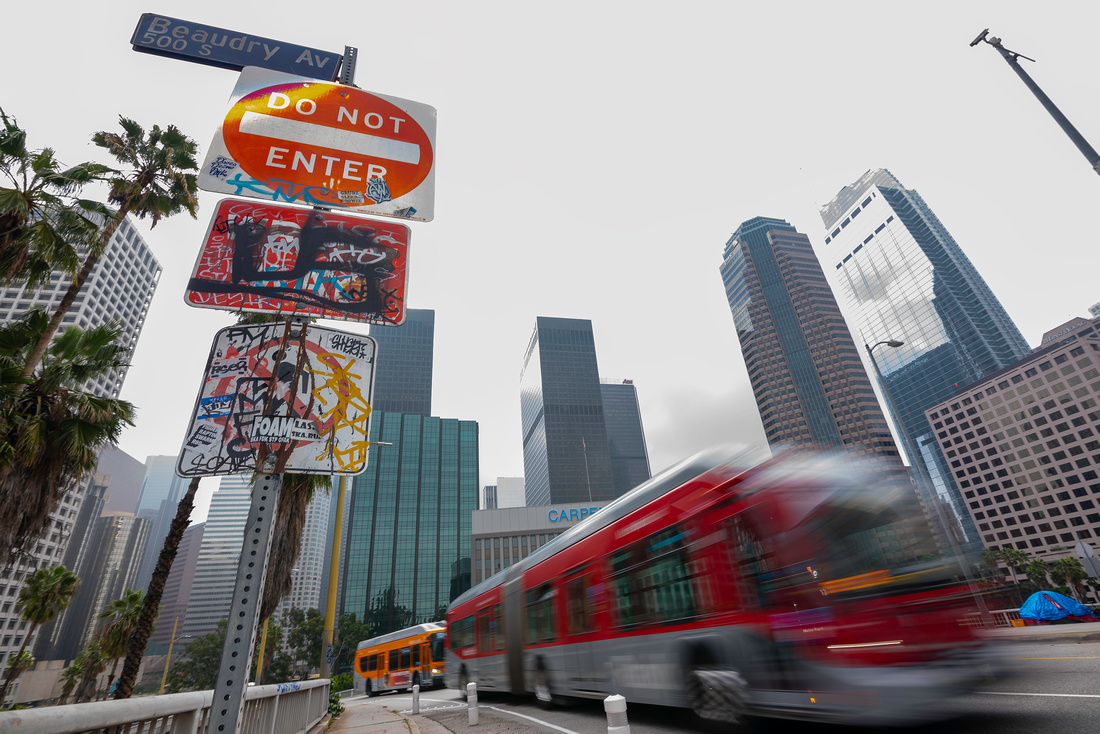 (This shot is in very much less than idea conditions.  It's backlit against a lightly gray cloudy sky, Aperture set at f/11, Low ISO setting. From there I over exposed by almost 3 stops to get down to 1/10 of a second shutter speed for some motion blur and there is fill-flash on the sign. Again I was expecting a lot chromatic aberrations on the edges of the buildings against the sky and the palm trees on the left but was impressed that there was almost none.)

Center sharpness on this lens is excellent. I can’t state it more directly than that.  Even wide open at f/2.8 the center of the lens was very sharp.  But wide open at 16mm the edge sharpness fell off and honestly I would recommend shooting this lens at f/4 or smaller apertures for the best results  at the edges.  In my shooting I found the sweet spot (critical aperture) to be f/7.1-f/8. The critical aperture of most lenses is 2.5-3 stops down from wide open and the opera 16-28mm is no exception.  This is perfect for landscape or any other shooting situation where you want to get a deep depth of field. 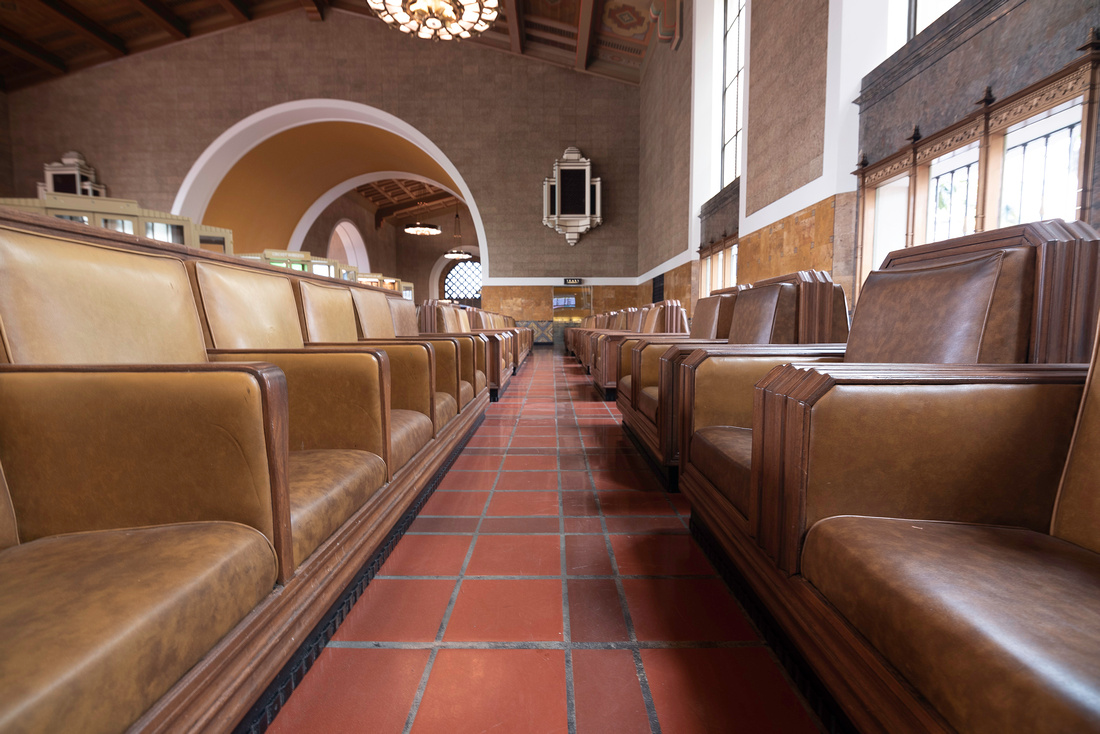 (Above: Even at f/4 there is a great amount of depth of field when shooting at 16mm. It's best to try to use a hyper-focal distance in this type of a situation.)

Shooting wide open at f/2.8 at 28mm very close to a small subject you can get some good isolation if there is a good separation distance between the subject and the background. If you are focused close up on a detail of larger subject that recedes into the background the lens renders some nice Bokeh.

I'm impressed, the Tokina opera 16-28mm f/2.8 lens performed very well in my fist couple weeks of shooting with it. I was impressed how it performed in a variety of shooting situations from astro-photography in the California desert to street photography downtown.  The lens handled all these situations equally and yielded consistently very sharp results.  I am looking forward to doing a more extensive test over the next couple months and write a more in-depth review. 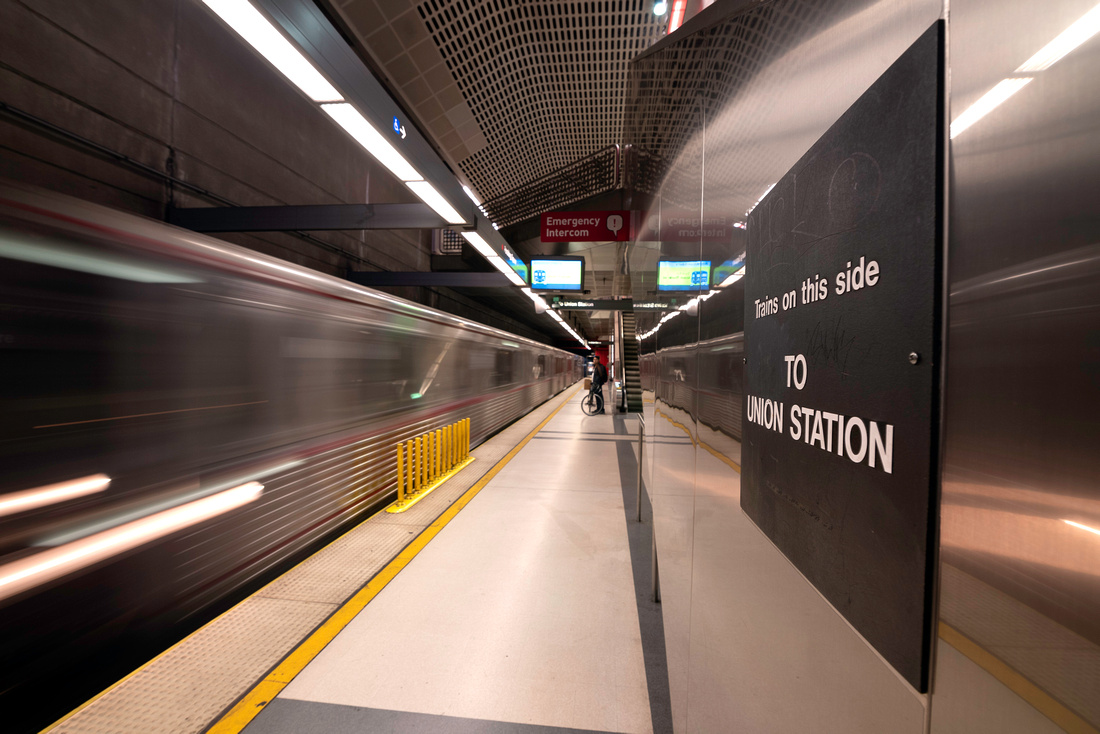 (Above:  While waiting for the subway to Union Station I decided to try to do a handheld long exposure, this is 1/4 second, F/5.6, 16mm) 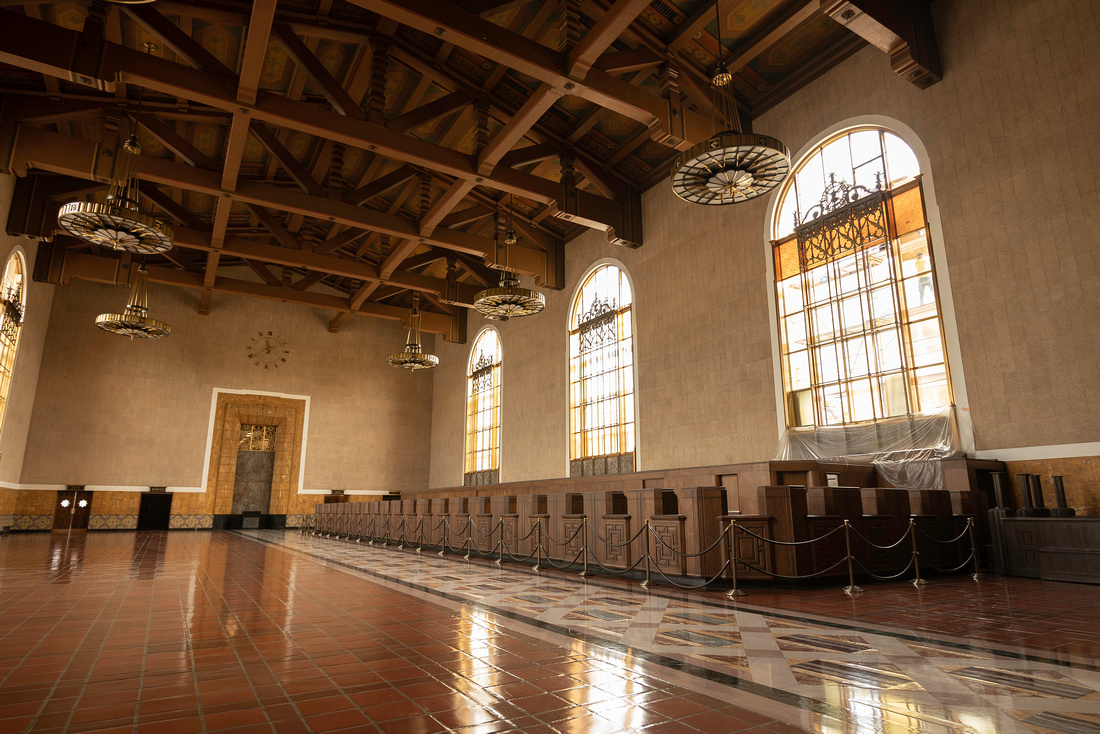 (Above: The original ticket hall of Union Station, Downtown LA. This hall is only used for special events as most of the ticketing is online or automated.)

Note:  I am a Tokina Global ambassador and this lens was loaned to me for the purpose for reviewing purposes. I was not paid by Tokina They can request their lens back at any time. Tokina has not told me what to say and the opinions in this review are my own.

Russ Butner(non-registered)
The abandoned building in your Joshua Tree image is known as Uncle Willy's Health Food Store. I don't know why, but it's always been known as that by us local climbers and photographers.