Though there has been a lot of speculation on this topic, a representative form Canon Europe has stated outright that Canon will continue to maintain the EF line of lenses but most all future research & development will be channeled into the RF line of lenses for Canon’s full frame mirrorless R series cameras.

Canon has manufactures and developed the Canon EOS EF line of auto focus lenses since it was introduced alone side the EOS 620 in 1987. These lens were used with Canon auto focus film cameras and now with their current Digital SLR The line up. Canon just announced a new high-end professional EOS 1Dx mkIII that uses EF lenses. According to Canon the lens line is fully built out featuring approximately 60 lenses encompassing everything from a super-wide fish-eye lens to several fast super-telephoto options.

Since the introduction of the EOS R with a new RF mount in late 2018 rumor sites and photography bloggers/vloggers have speculated that Canon would not be able to split its resources among 3 different lens mounts, the traditional EF line for DSLRS, the EF-M line for Canon’s APS-C format mirrorless cameras and the newest RF line for full frame mirrorless cameras. Now that there has been confirmation that the EF line will be maintained but not developed Canon seems to be acknowledging that the future is mirrorless. 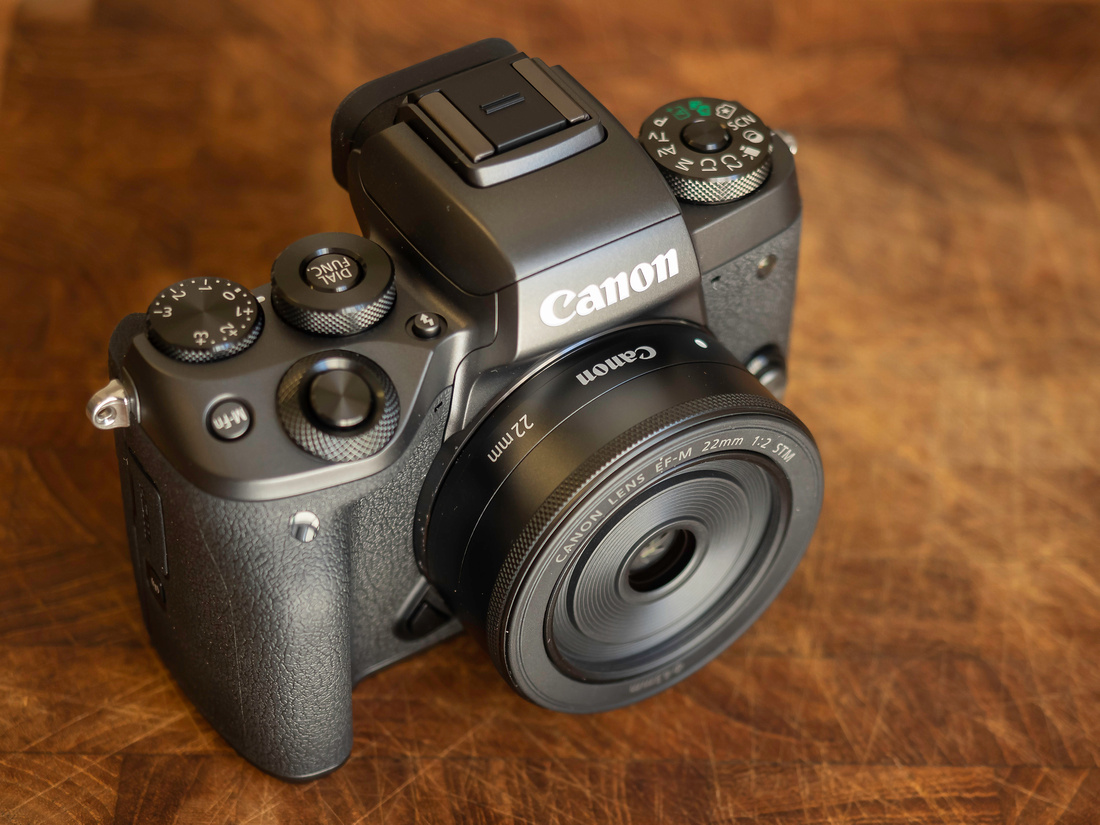 What is interesting in this admission is what impact it might have on the EF-M line. Canon’s M series of mirrorless cameras have been around since June 2012 but Canon has treated the line as a me-too afterthought. Though the M line has been around for 8 years there are still only 7 native lenses and most of those are compact consumer oriented zoom lenses with relatively slow maximum apertures.

In contrast the RF mount has been around a scant 16 months and at time of writing there are already 10 lenses either available now or shipping soon with a robust published roadmap of new lenses in the pipeline. So to say that the EF-M lens line has languished would be an understatement.

Last year Canon introduced the EOS M6 mkII along side the Canon 90D DSLR both featuring its latest 32 megapixel APS-C sensor and that had a lot people in the vlogosphere scratching their heads. Unlike what most vloggers have been betting, does this mean that the EF-M line will get a fresh look and expansion along side the RF line now that Canon plans to stop development of any new EF glass?